Ten years on I still wonder what happened to Ian Doty

During one full-moon beach party on Ko Pha Ngna, I trod on broken glass. A few days later my foot became infected. I left the Island by boat and headed to Bangkok for urgent uncomfortable treatment; I had been due to fly back to India and was forced to put the date back.

I like having a ‘local’ and in February 2004 whilst recuperating, Gulliver’s bar on the Khao   San Road became my regular haunt. That bar and that road were an education; it’s a road that most backpackers only pass through on route to the Islands. NO-TOURIST ever spends one month on it. I was on crutches I had no choice. I slept by the pool during the day and drank through out the night. 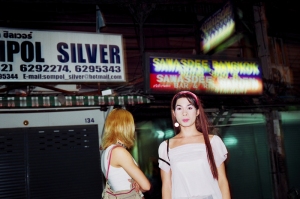 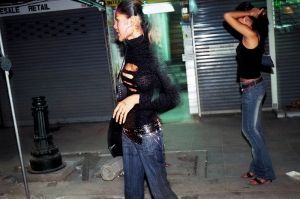 At first glance, life on the road seems harmless hedonistic fun; Taxis with their punters come and go the accumulated mess of yesterday’s party is swept away early every morning. There is a steady flow of transient young foreigners to replenish the ones leaving. The party always has new guests and starts again every lunch time. 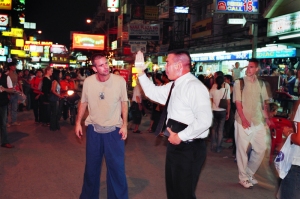 To my recollection there is a MacDonald’s at one end and a police station at the other. Bars and hotels crammed shoulder to shoulder between. Drugs and prostitution are illegal but rife. All condensed into one handy half mile for the authorities.

I have always wondered what became of Ian. Had he been alone on his trip? Maybe he met a girl for example, had he taken his luggage with him? Had Ian travelled to Thailand with friends from home? Did Ian’s family even know that he was missing? 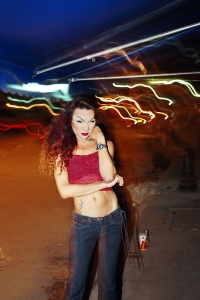 Each time I bought beer inside Gulliver’s  I passed a photograph of Ian, his happy smiling face, starred outwardly from a poster. A beach holiday snap became a mystery, his portrait now tainted with sadness. Surely portraits of the missing are the saddest portraits of all. This was ten years ago. 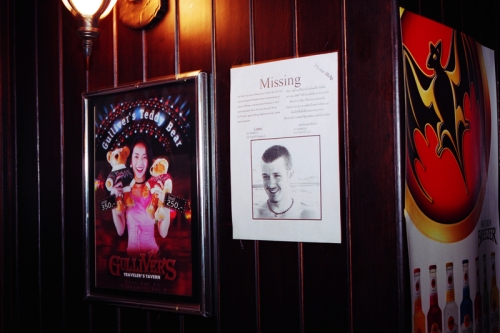 I had no reason to telephone the numbers on the poster. I had not bumped into Ian or anyone else who knew him. I wish now that I had made an effort and called, if just to ask for more information. The details on the poster seemed vague ‘Doty’ an old Anglo Saxon name hardly much of a clue to his nationality. Was he English, Irish or Australian? He was a big guy, proof that anyone could end up in trouble. I always wondered if he had bumped into ‘the wrong crowd’.

Ian, you should be 30 years of age. I hope that the fears I had for you early in 2004 never came true. There was real danger on that road, I witnessed it night after night and I prey there was a huge sigh of relief   when who ever was searching eventually found you. 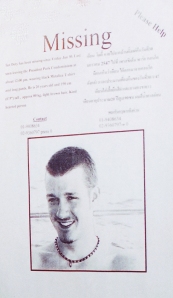